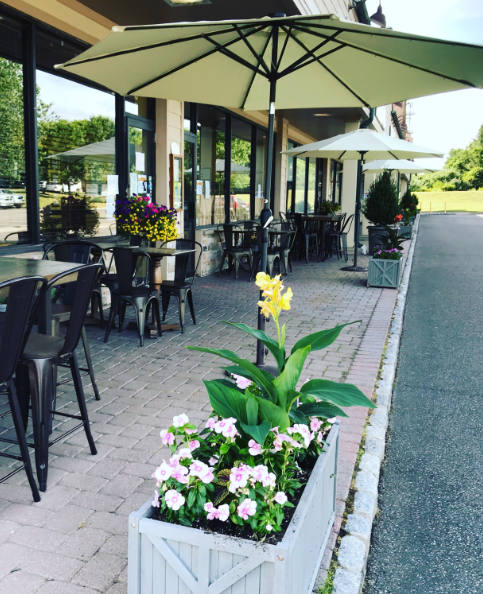 Sweet Melissa Patisserie (est. 1998) is a French-influenced bakery and café where all of the baked goods and savory offerings are made from scratch and rolled by hand. The quality of the delicious croissants, danish, pies, cookies, cakes and tarts is evident, as only the finest quality ingredients are used.

As a husband and wife team, Owner Christopher Rafano and Executive Chef Melissa Murphy Rafano have lived in Hunterdon County since 2010. Since relocating from Brooklyn, they have dreamed of opening their patisserie for the residents of Hunterdon. The new location in Clinton Township, NJ, opened in May of 2016, already has a wonderful and fervent local following. Sweet Melissa Patisserie was just awarded “Best Bakery” and “Best Brunch” by Hunterdon Happenings 2017.

​Chris and Melissa met in 2004, and Chris instantly fell in love with Sweet Melissa’s. He put his heart and soul into helping Sweet Melissa’s work and decided to change his career (formal owner of a successful cleaning and maintenance business, in Brooklyn) and put all of his efforts into the patisserie. Chris's extensive prior business experience has helped to build the brand, reputation, and physical store of Sweet Melissa's. Today, not only is he the President of the company, but he is the savory chef of the patisserie, and also runs the day to day operations of the business.

Melissa is a native New Yorker and a graduate of New York’s French Culinary Institute (1995), where she has served on the Advisory Board committee and was the recipient of the “Most Outstanding Alumni” award in 1998. Sweet Melissa Patisserie has received the prestigious award from the Zagat Marketplace for “Best Tarts and Pies” in all of NY during the shop’s 15-year tenure in Brooklyn. 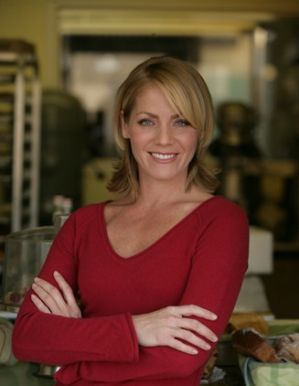 Prior to Sweet Melissa Patisserie’s inception, Melissa had worked in many fine restaurants throughout New York City and the Hamptons and has written and been featured in numerous articles for magazines such as The New York Times, Food and Wine, Bride’s Magazine, Fine Cooking, Quick and Simple, The New York Times Magazine and Pastry Arts & Design. She has received outstanding reviews from the Zagat Marketplace, New York Times, the NY Daily News, the NY Post, Time Out NY, New York Magazine, and more.

Melissa won a national recipe contest sponsored by the Almond Board of California (“Marzipandimonium!” 2006) and competed on the “TV Food Network Challenge: Edible Ornaments” (December 2007), where she captured the grand prize. She was also featured on “Throwdown with Bobby Flay” (episode Cowboy Quiche-2010), where she teaches Bobby how to make the perfect (winning!) crust, as well as Planet green’s “Wasted” ( 2010), where Sweet Melissa’s ( Brooklyn) gets an eco-friendly makeover. Melissa recently appeared alongside Mario Batali in webisodes celebrating Hellman’s 100th Anniversary, revamping their famous chocolate cake.

Her first cookbook, The Sweet Melissa Baking Book (Viking Studio) was released in March of 2008, to numerous accolades and outstanding reviews (available through the website, here). It was named as National Public Radio’s "Top 10 Cookbooks of 2008."

Currently, Melissa and Chris live on their farm in Readington Township with their 4-year-old son CJ. They breed and raise horses, a passion they share, and Melissa trains and shows these horses for hunter/jumper competitions. CJ is just learning to ride and enjoys running barefoot on their farm, fishing in their river, and feeding the goats and chickens almost as much as he loves baking alongside his momma at their beautiful shop.

** if you need to pick up a pastry order before 8am, please email us at connectmelissa@gmail.com at least 24 hours in advance, thank you!